In this special, we take you back to the early Seventies, to what Paul & Linda called their ‘funky period’.

After the homemade “McCartney” album in 1970, Paul felt he had to take his other fellow Beatles to court to dissolve their partnership. During that time he also recorded “Ram” as a duet with Linda in America. McCartney took the blame for breaking up the Beatles. Both solo albums received lukewarm reviews by the critics although they sold in large quantities. With “Ram” McCartney really tried to record a great album and he was hurt when the reviews were not too favorable.

Around that time Paul missed working in a band and playing to a live audience and when “Ram” was in the can, the idea to form a new group grew. McCartney deliberately wanted to start a band from scratch, no well-known musicians with big egos but relatively unknown musicians he liked as both players and people. Drummer Denny Seiwell and guitarist Denny Laine were asked to join the band as well as wife Linda, who at that time could not play a musical instrument. They rehearsed in Scotland for a couple of days, recorded an album within two weeks and decided upon the name ‘Wings’ after Stella McCartney was born in a hospital.

Although the album “Wild Life”, released at the end 1971, was savaged by the critics and it was not a big blockbuster, it is a very brave and honest album that has stood the test of time rather well. “Some people never know”, “Dear friend” and especially “Tomorrow” are great songs and will be discovered and reassessed in due time.

This Maccazine contains all you need to know about “Wings Wild Life”. Can you dig it? 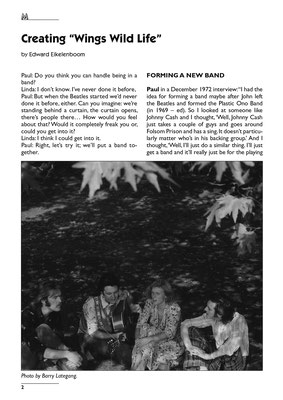 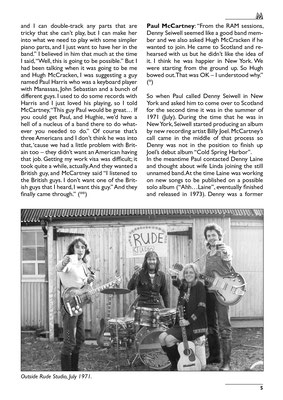 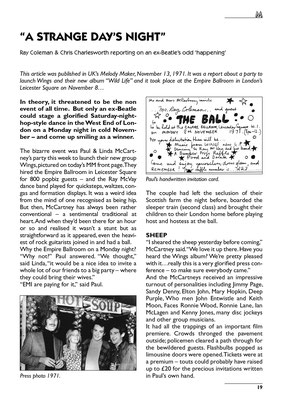 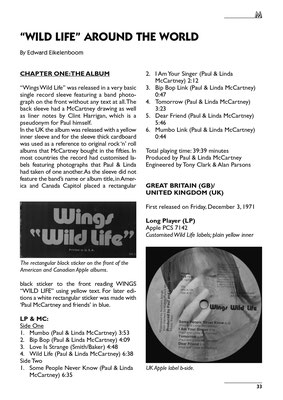