‘I’m not coming back. I’m starting all over again and working my way upwards. It’s like boxing. You don’t fight Cassius Clay on your first time out. A year ago I used to wake up in the morning and think, “I’m a myth. I’m Paul McCartney.” And it scared the hell out of me. My ideal is to play off the back of a bus, like a travelling circus – “The Flying McCartneys”. Doing this tour is like playing Hamburg, eight hours a day with the Beatles.’

The summer of 1972 was not too long after the break-up of the Beatles. McCartney was not very popular around that time, because he was the one held responsible for the split – so it seemed at the time. Most critics did their best to hate McCartney as the reviews for the early solo work were mostly negative. After “Ram” Paul formed a new group called Wings featuring his wife Linda, guitar player Denny Laine and drummer Denny Seiwell. Their first album “Wild Life” was a disaster according to the critics and even the fans weren’t that interested although it entered most Top 10s in the album charts around the world. In early 1972 the band got a new member in lead guitarist Henry McCullough.

In making the new band a tight and successful unit, McCartney realized it took time and lots of practice. In February of 1972 Wings played unannounced shows at British universities. In the summer of the same year, a more organized tour took Wings to Europe to play in nine European countries.

This Maccazine special is about the Wings over Europe tour when the band played twenty-six shows in July and August of 1972. While listening to the available audience recordings it is very interesting to hear the progress Wings made in these two months, making it a very important chapter in the history of the band.

We hope you enjoy this special! 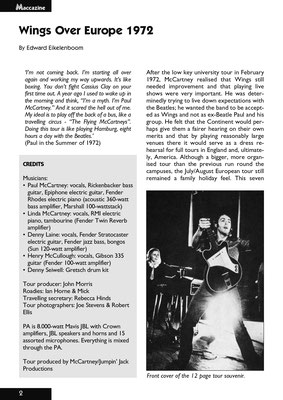 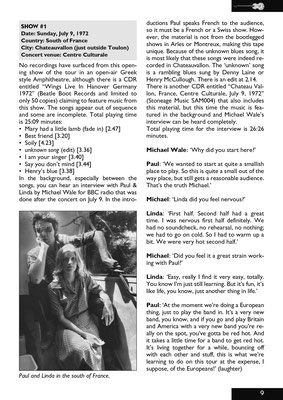 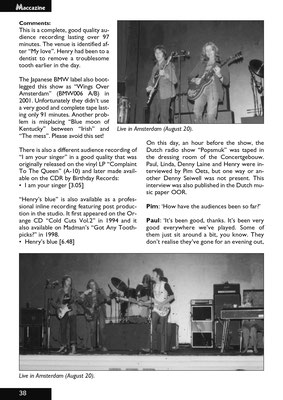 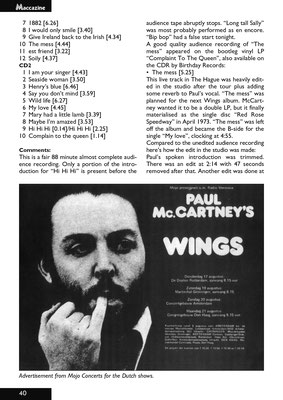