THIS SPECIAL HAS 180 PAGES!

People tend to forget that Paul McCartney – with or without ‘wings’ – was one of the best-selling acts of the 1970s. He formed WINGS in late 1971 and after a shaky start his band really took off in 1973 with great singles and the superb “Band On The Run” album. The second line-up of WINGS was the best with lead guitarist Jimmy McCulloch and drummer Joe English and after the release of the “Venus And Mars” album in 1975, they embarked on a massive world tour.

Without a doubt, the “Wings Over America” tour and subsequent live album were the peaks of Paul McCartney’s solo career. He proved there was definitely life after the Beatles and in 1976 WINGS were the ‘big deal’, with a sellout world tour, a No.1 album with “Speed Of Sound” and two Top 5 singles around the world!

In this first volume of a 2-part “Wings Over America” special, we take an in-depth look at all 31 shows. I analyzed all available audio recordings (both audience and soundboard) and video footage (both private films and pro-shot). Also included are details about each individual show, quotes from tourinterviews, interesting facts and many, many pictures.

Volume II of “Wings Over America” will contain a Timeline for the year 1976, the mixing and subsequent release of the triple live album, a discography of thesingle Maybe I’m Amazed b/w Soily, interviews and reviews for the TV documentary ‘Wings over the World’ and the film ‘Rockshow’. 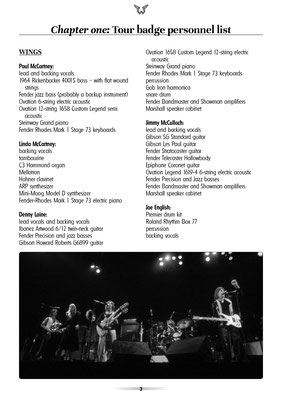 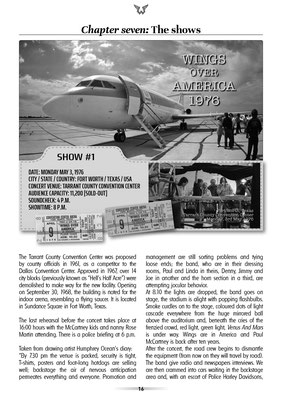 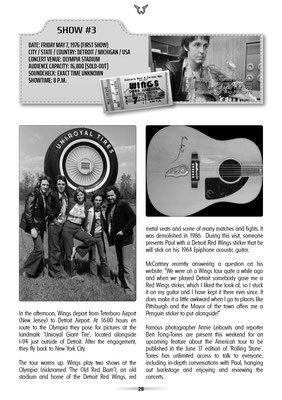 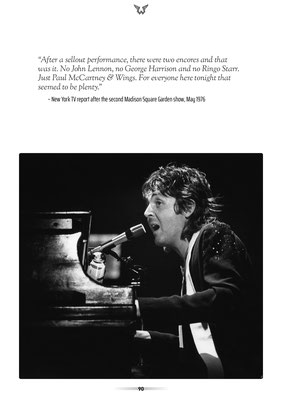