The central theme for this special is the brilliant “Tug Of War” album that was released in the spring of 1982. It was – and still is – a favorite album among both fans and critics. It also contained the worldwide smash hit single “Ebony and Ivory”, one of Paul’s most commercial and (therefore?) most hated songs.

In the first article, David Borman will ‘take you down’ to the recording sessions for the album, starting at the end of 1980, just weeks before John Lennon’s death. For “Tug Of War” McCartney renewed his working relationship with George Martin. It was also the first time since the Rockestra project in 1978 that McCartney worked with a variety of very famous guest musicians, like Stevie Wonder, Carl Perkins, Eric ‘10CC’ Stewart, drummer Steve Gadd, bass player Stanley Clarke and the one-and-only Ringo Starr!

The other article is a ‘discography and more’, containing many pictures of releases on CD, tape, 8-track, LP, single and maxi-single around the world. It also offers chart information, a great review from the leading US magazine ‘Rolling Stone’, video clips and various ‘odds and ends’ to finish off the article. 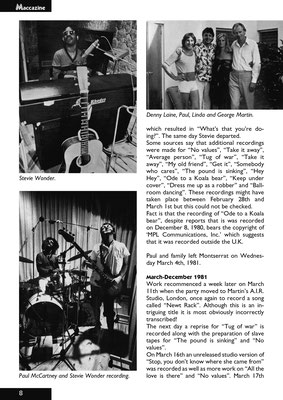 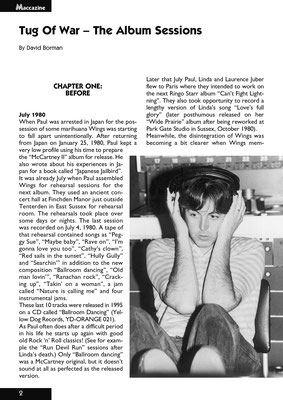 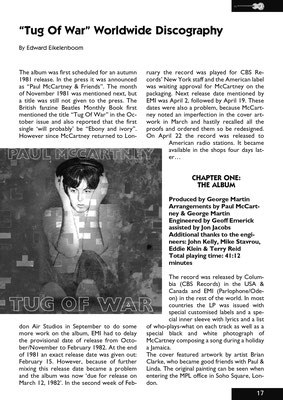 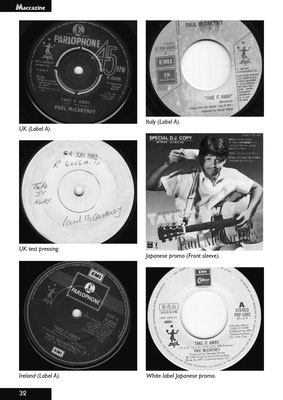