We would like to dedicate this RAM special to the memory of guitar player Hugh McCracken who passed away on, Thursday March 28, 2013 after battling leukemia. He was 70 and married to his wife Holly for 43 years. McCracken substituted David Spinozza as the guitar player on the RAM sessions in October of 1970. After the release of the album, he was invited over to Scotland along with drummer Denny Seiwell. They were both approached by McCartney to participate in his new band. Denny agreed, but Hugh turned down the chance to be an original member of Wings, because he did not want to be separated from his children in New Jersey.

Fellow RAM musicians Denny Seiwell wrote on his Facebook page, “Hugh was one of a kind, a very gentleman with a heart as big as his talent. I’ll miss his pauses on our phone conversations. Hell, I’ll miss everything about him. One of my fondest memories was recently sitting in the apartment with Hugh while he picked up his acoustic and played along to Uncle Albert. Only 40 years ago but remembered the part.”

Hugh was a very private person and I was very lucky to ask him a couple of questions by e-mail. Even though he was very ill at the time – something I was not aware of – he took the time to answer some questions. 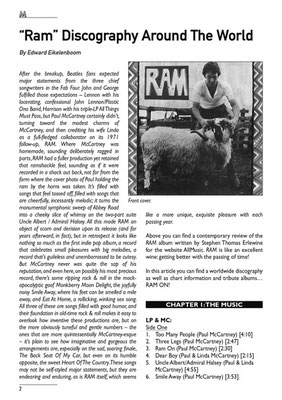 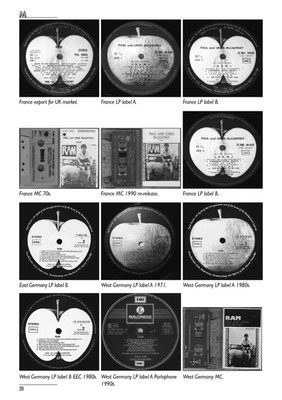 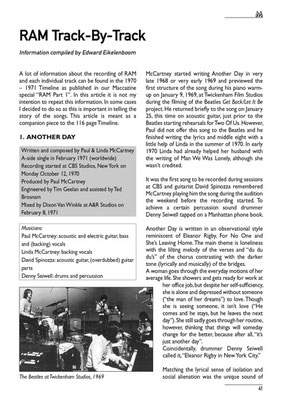 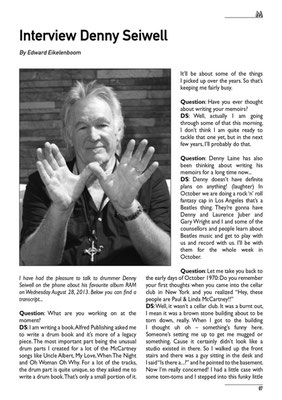