As I explained in the editorial of our previous Maccazine special: While doing research for McCartney’s latest studio record I started compiling a Timeline, just to find out when he had the time to work on the album.

I started with Paul & Nancy’s wedding in early October 2011, because that was the time he also met producer Mark Ronson who was hired (for free) to DJ the reception party and I ended with the release of Only One, Macca’s collaboration with Kanye West on the last day of 2014.

Between these events this Timeline tells the story of not only NEW (recording – release – reviews – promotion – performing songs of the album in concerts), but also what other projects kept McCartney busy. And busy he was… and still is!

As the Timeline is well over 200 pages, we decided to cut this in two parts and issue them as two HUGE Maccazine specials. (part II and III)

As for the photograph on the front cover, this beautiful artwork was created in the Creative Design Studio by Jeff Huang for the 54th Annual Grammy Awards 2012. 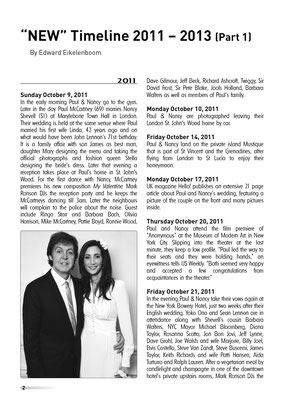 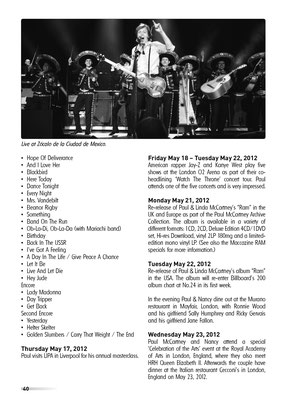 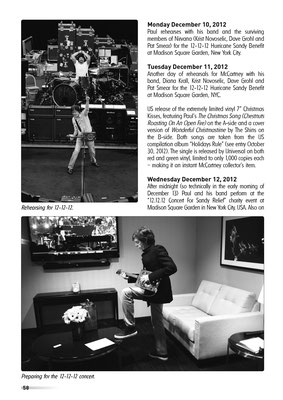 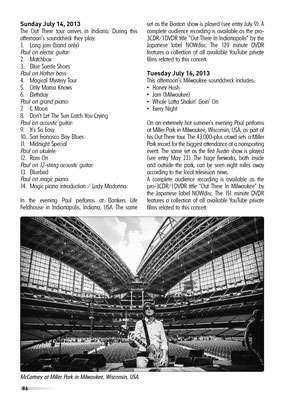