This is a special about two main McCartney events in 2005: the release of the splendid album Chaos And Creation In The Backyard and the US Tour. Included are the following chapters: 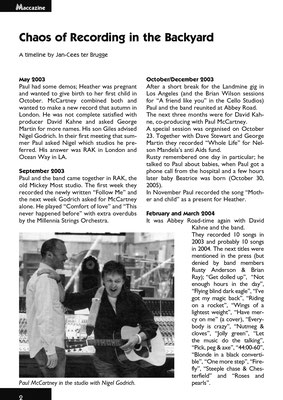 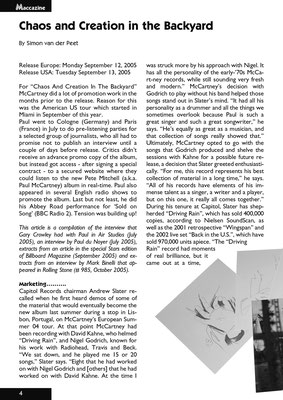 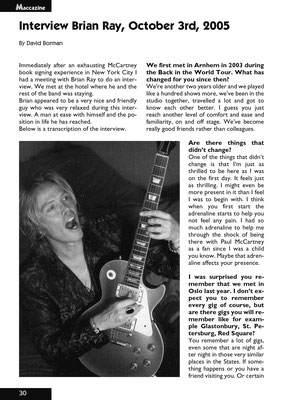 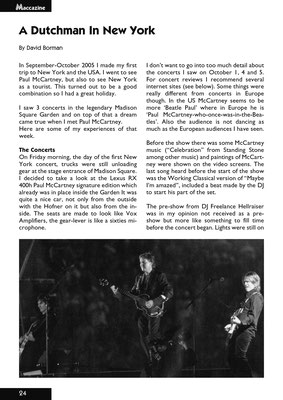