(This Maccazine is part of your membership 2021.)

We pick up the story from our last Maccazine. The previous Timeline ended with the completion of the Wings over Europe tour in late August 1972.

This Maccazine special will show that Wings really take their time to record and finish “Red Rose Speedway”. In September 1972, Paul takes his group back to London recording studios to continue recording their follow-up album to “Wild Life”. Between September and January 1973 Wings will record many more songs, finish tracks already recorded at Olympic Sound Studios in March 1972 and Paul even revisits outtakes recorded during sessions for the album “Ram”. All in all – as you will find out in this Maccazine! – they complete just over 30 songs as possible candidates to be included on their next album.

Entitled “Red Rose Speedway” and eventually first released in America on the 30th of April 1973 (and in the UK on May 4th), the album came out as a single LP. In late 1972 it was originally planned as a double LP and this Timeline presents the full story, with detailed and interesting entries including many new facts and unpublished photos!

The original double album was very much a Wings group effort – even including a song by Denny Laine and wife Linda – while the final single LP release was much more a Paul McCartney solo record, using the more melodic, soft rock songs and skipping the more hard driving and experimental material. For commercial reasons a very smart move, as “Red Rose Speedway” was positively reviewed by the critics and it became a big seller, also due to the success of the single My Love.

Don’t miss the previous parts of our Wings Timeline: 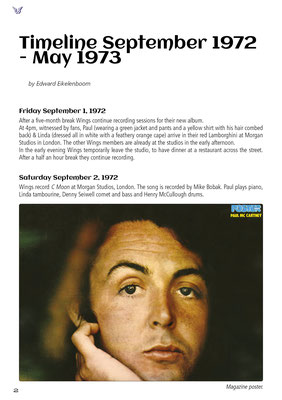 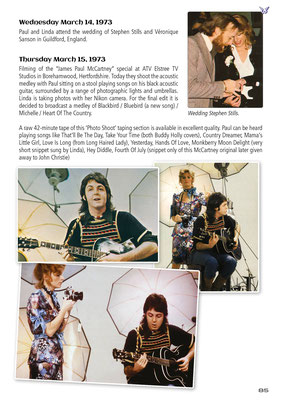 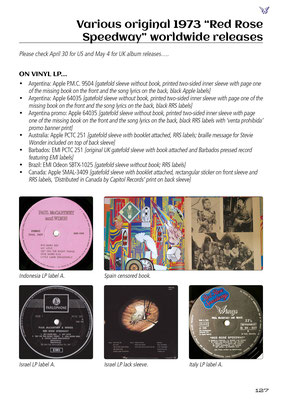 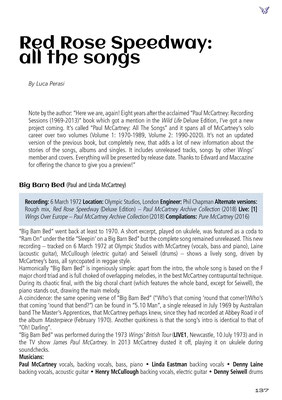 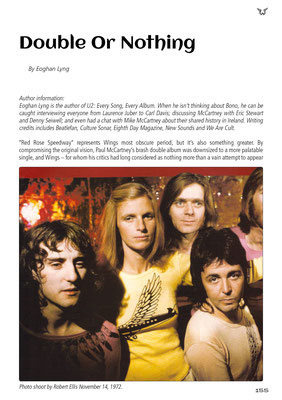 (REMARK for members: this Maccazine is part of your 2021 membership)